In our youth we depend on our looks to attract a mate. We primp and polish and pose. Some never get beyond that stage. Most of us come to the realization eventually that there is more to life than that. The narcissist never does. When they look in the mirror they don’t see reality they see the youth and beauty that once was there. Living a fantasy of desirability and youth they see themselves above and beyond the mortal beings. The sad thing about it is they actually think they are better than others. Better bodies, smarter more beautiful by far and above everyone else. To this end they become alone. The sociopath is the same but they need the thrill of being adored so even though they feel everyone is not at their level they flatter them until they become an object of adoration. The victim is put up as the most brilliant, gorgeous, kindest best person that ever existed. What the victim doesn’t realize often times until too late is that the sociopath is just reflecting themselves. They are actually in love with their own being. If the victim adores them then they are worthy. That is until they become bored. A bored sociopath/narcissist can be vicious. They want entertainment so they shred, tear and destroy the object that formerly was the object of adoration. Most times they will convince the victim it is their own fault. They didn’t take care of themselves, they weren’t loyal enough, they had other friends, they are no longer desirable. This is the Gaslight phase of the relationship. As most sociopaths seek out the needy and sometimes Desperate and Dateless this can lead to very tragic results.

You see they need to destroy the object of their affection because being a narcissist they cannot possibly be wrong or mistaken in their belief. Therefore the object must be turned into something to make the narcissist the victim of being duped. Complicated? The mind of a narcissist is a rats nest of ego. There is no room for others and their feelings. They create and they destroy. Because they have no empathy others are only dolls to be manipulated and used. The object is nothing but something to be turned into an evil doll that they were mistaken in worshipping. 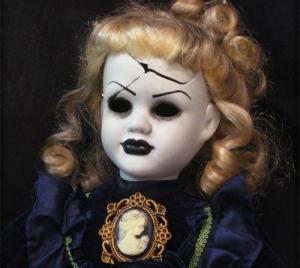 Once that happens the sociopath is ready to be entertained. There is nothing they will not say or do to tear down their object. Accusations of sexual misconduct, illegal acts, abuse and other lies become common and are the weapons of choice.

The lesson in this is that if you end up in a relationship that from the first minutes puts you into an unrealistic pedestal take a good look at your friend or lover is it you they are in love with or themselves?  I leave you with the wise words of George Bernard Shaw.  Love should be love no matter what your looks become. Looks fade character grows.